Thank you for your feedback.

If you have bought or sold a property it is likely that you have been party to an Auckland District Law Society (ADLS)/REINZ Agreement for Sale and Purchase of Real Estate. This is the most widely used form of agreement used for property transactions in New Zealand. In November 2019 the agreement underwent a number of significant changes, which both vendors and purchasers need to be aware of.

In this article, we summarise some of the more significant changes of the 10th edition, including further changes contained in the second release earlier this month.

Finance Condition
Where a purchaser cancels an agreement for sale and purchase due to an inability to obtain finance, the vendor may now request evidence that finance could not be obtained. This might be in the form of an email or letter from the purchaser’s bank confirming finance has been declined. This is a significant change from previous versions of the agreement, which placed no such burden on purchasers. It is no doubt designed to prevent purchasers using the agreement as an “option” to purchase a property.

Fixtures and Chattels
The original release of the 10th edition split chattels into two separate schedules. The most recent version, has now reverted back to a single chattels list. The vendor warrants that all chattels included in the sale must be delivered to the purchaser in reasonable working order but, in all other respects, in their state of repair as at the date of the agreement, except for fair wear and tear. However, failure to do so only creates a right of compensation.

Compensation Dispute Resolution
Purchasers may claim compensation arising from a breach of any term of the agreement, the Fair Trading Act 1986, a misrepresentation or an equitable set-off. To make a claim the purchaser must serve notice no later than the last working day prior to settlement, with the exception of claims relating to a party defaulting on settlement. This time frame is essential. However, provided it is met, the new version of the agreement provides greater certainty in relation to any compensation claim and reduces the risks to both parties. Purchasers are no longer required to settle in full even where they have a right to compensation.

GST
If both parties have proceeded on the basis that the transaction can be zero rated for GST and it subsequently transpires that, due to a change in the purchaser’s position, GST must be paid then the purchase price is deemed to be plus GST (if any), even if it had previously been expressed as including GST (if any). This assumption protects the vendor where a purchaser’s intention changes.

Other Various Changes
Other various changes introduced include the removal of fax as a form of notice, clarification regarding notice by email, limitations to the scope of agents’ authority and changes to the deposit timeframe requirements.

Summary
While some of these changes are relatively substantial, it is important to remember that the agreement is a template, which should be drafted to meet the needs of the individual parties and reflect the details of the particular transaction.

The staff at Mortlock McCormack Law are happy to assist you with your agreements for sale and purchase. For further information or advice on any of the above, or related matters, please contact Chris Egden, Associate (DDI 03 343 8584 / chris@mmlaw.co.nz), Penny Mander, Law Clerk (DDI 03 343 8580 / penny@mmlaw.co.nz) or any of the legal team at Mortlock McCormack Law. 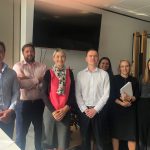 AML/CFT Customer Due Diligence and APLYiD

Living Overseas and Planning to Buy a House in New Zealand